This has long been an established item on my bucket list – to walk on a volcano. And what better one to scale than Mount Etna in Sicily, which conveniently had just been erupting obligingly only a few weeks earlier. First glimpse from the air – on the right side of the plane, which ironically was actually the left side, yesss!

There seemed to be a lot of snow around for September, but by the time we made it to the ground two days later it was actually gone. However, since the summit involves quite a bit of altitude, be prepared. It is a lot colder and windier up there – and yet, there were people in shorts and t-shirts. Don’t be those people!

Etna is an active volcano located on the Italian island of Sicily, in the metropole of Catania, and at currently 3329m is the highest active volcano in Europe. I say currently because that is subject to change depending on summit eruptions. There are two ways to access the summit area of Etna, from the south via Nicolosi and north via Linguaglossa. We came in from Nicolosi.

The cable car journey up was beginning to look suitably lunar. What you can see here is the old cable car – they have to keep rebuilding those quite a bit due to lava destruction. Further up the mountain, there are torn down cables, half covered by old lava. 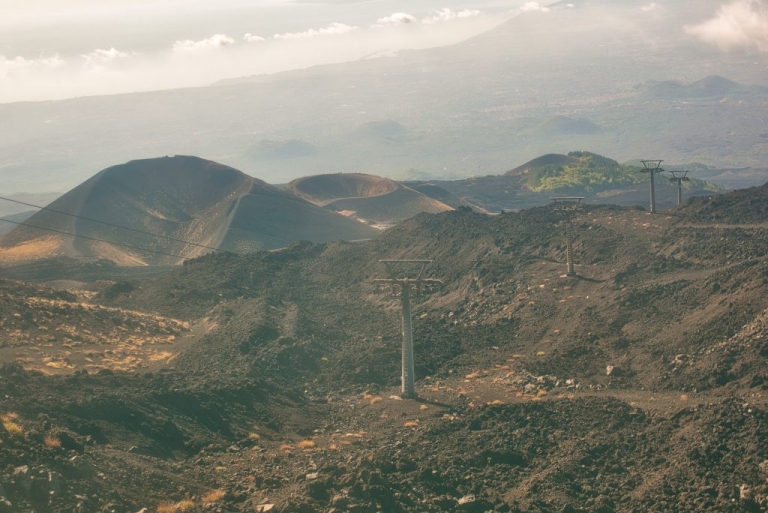 You can choose your mode of transport up onto the summit. If you really want to, you can hike all the way up. I wouldn’t recommend it, though. The landscape doesn’t change all that much on the way up so it’s a lot of the same: black dust. Some guys tried the two wheeled approach but still ended up walking. 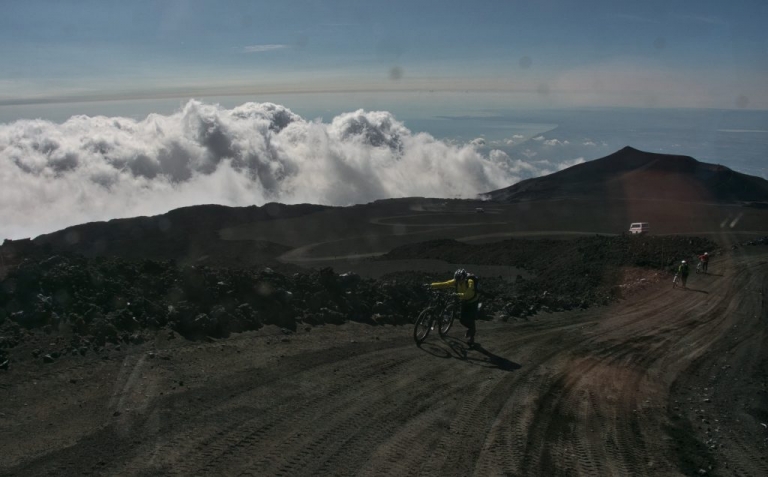 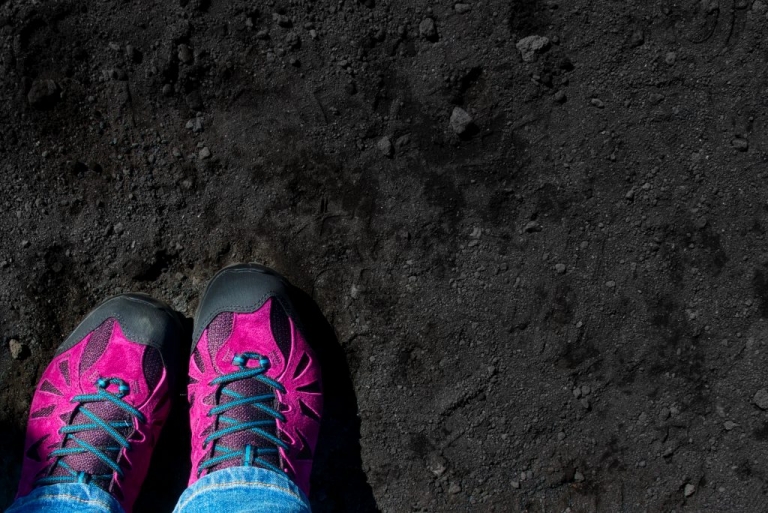 Watch out for tourists! 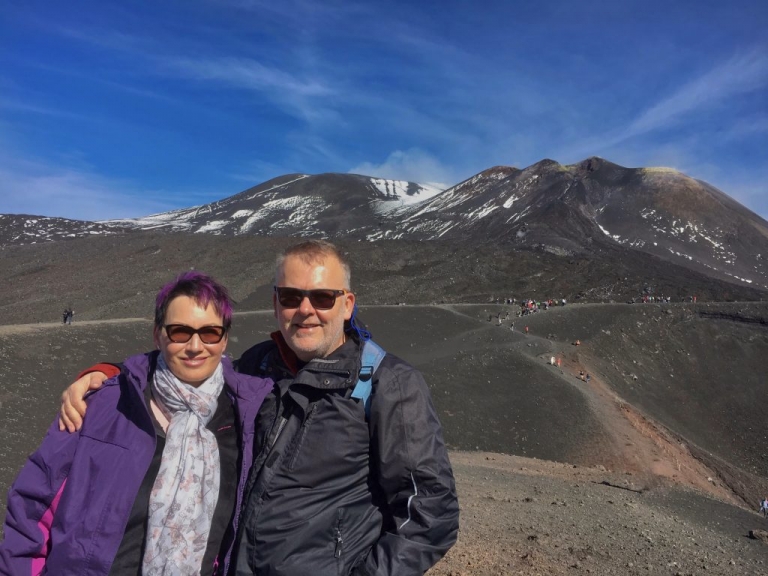 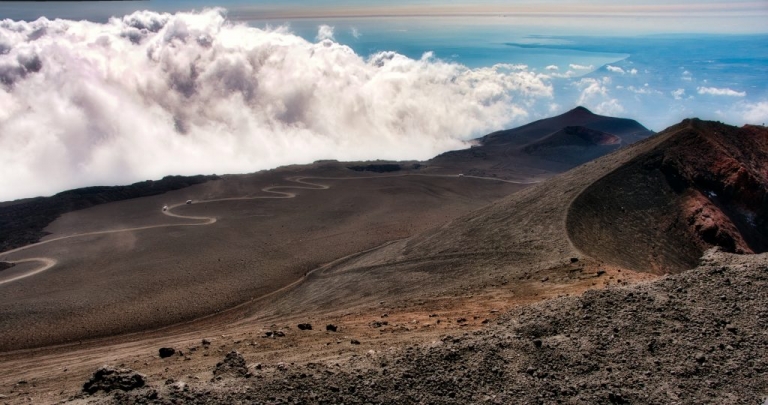 It may appear all dead and devoid of life up here, but that would be a misconception…strangely, a lot of ladybugs seem to like the neighbourhood. They are the only wildlife up here, though. 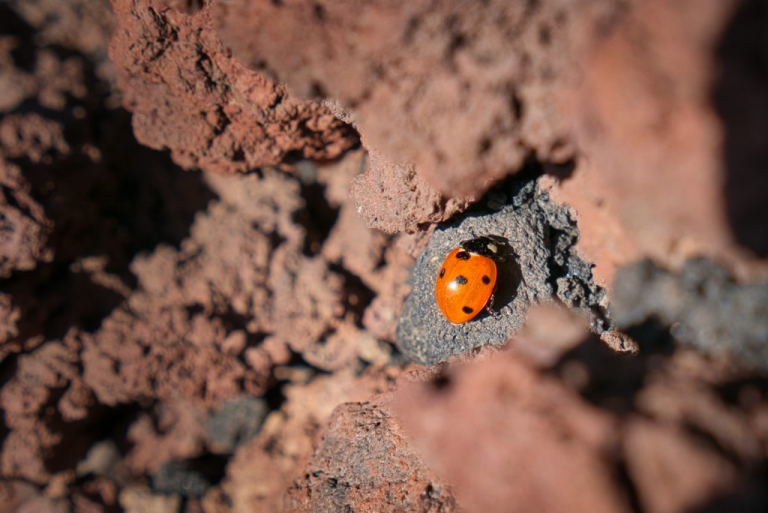 You can walk around this level and the craters here but to get to the actual summit, which is another 300m or so, you will need an official guide and you can only do so on foot.

They say it takes around 4 hours to climb those last few hundred metres and I believe it. We didn’t try, not being used to altitude, just walking up some stairs to the cable car was a major issue. Legs of lead, anyone?! 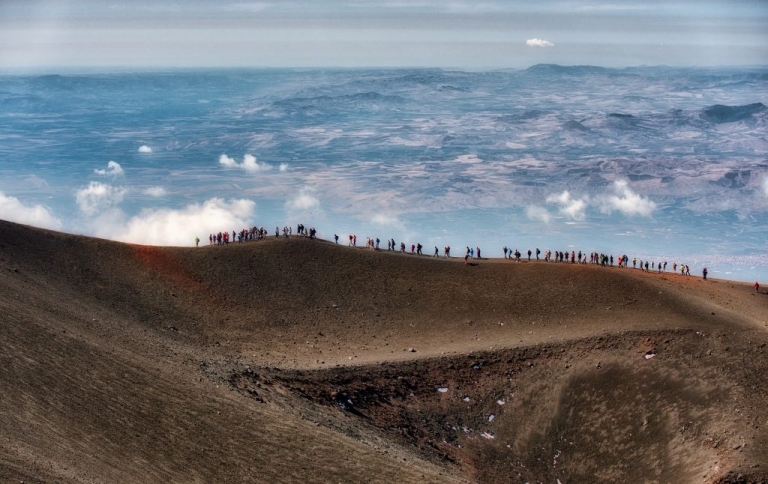 And there she is – the smouldering, sulphury summit. Awesome sight. 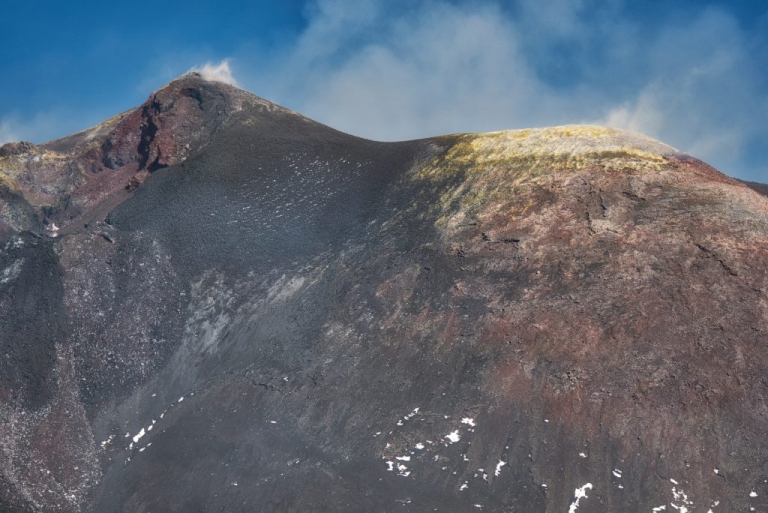 We also quickly found out just how lucky we were with our sunshine; as soon as we started to come down, so did the fog. Literally, within seconds it was rolling in and engulfed everything. 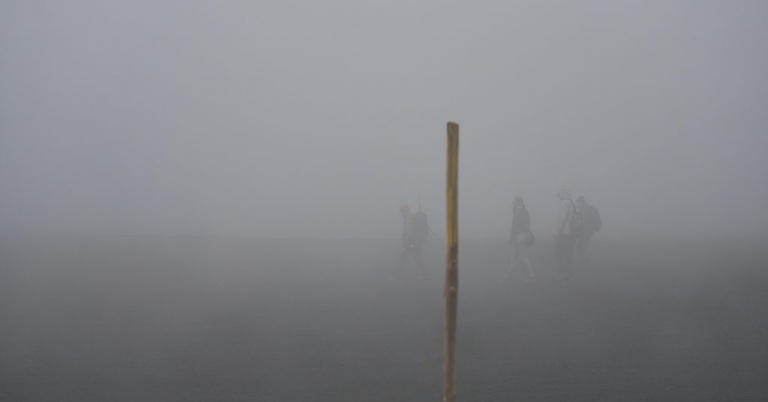 So, that’s off the bucket list, then. Next time we’ll try for some lava flow…

« Meet PeekyCosmos and the Bluebells »